Dylan Woloszczuk, Community School Coordinator at CS 111Q, sat down with Pre- Kindergarten parent, Ms. Nazarae, to talk about the importance of early education and the progress she has seen her daughter make since starting Pre-K this year.
Ms. Nazarae reported that she hoped school would bring her daughter Madison the ability to, “follow directions, engage and not move off topic…and learn more. ” Despite enrolling Madison in a daycare program from the age of two, Ms. Nazarae reported she noticed that Madison had difficulty with spelling her name, using the alphabet, and recognizing letters. Ms. Nazarae reported that within a week of starting Pre-Kindergarten at CS 111Q, Madison began identifying letters.

Madison has already achieved several academic milestones during the short time that school has been in session. Ms. Nazarae described a particularly exciting moment in which she came to pick her daughter up from school and discovered that Madison had written her name by herself. Ms. Nazarae stated, “When I picked her up, I noticed on a piece of paper that it looked like she spelled ‘Maddy’…I was just, again, too happy because that’s something that she wasn’t doing before. She would only write the letter ‘M’ and then she would give up.”

Ms. Nazarae reported that she noticed significant progress in Madison very quickly after enrolling her in school. Ms. Nazarae recalled that initially, Madison had some trouble transitioning into the school from a daycare program that lacked structure, but ultimately, Madison became Scholar of the Month for September 2017. Ms. Nazarae stated, “When I first came, the teacher said [Madison] was having a little bit of a hard time. Every day walking to school I told Madison, ‘Madison, you’re going to become Student of the Month’…One day I come in and there’s the paper and it says her name under Scholar of the Month. I was just too excited.” 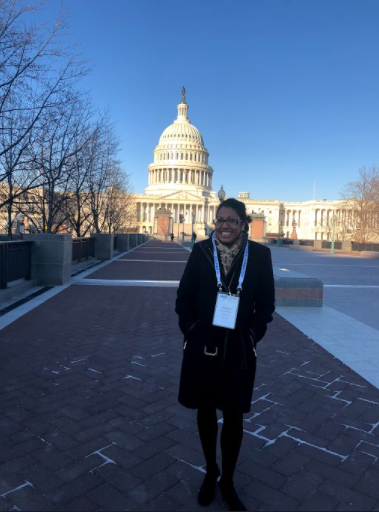