My first paid work experience began in NYC’s Summer Youth Employment Program (SYEP) back in the summer of 1978. The city was in financial ruin, everything was broken or in ruins and it seemed it would be that way forever. Citizens still did everything collectively.

As Sanitation Counselor, along with nine other SYEP youth, we were assigned to a six-week internship at El Barrio Chamber of Commerce in East Harlem. At the time Mr. Louis Malave the Executive Director, served as my supervisor. During the first week, entering the second floor office of the terra cotta-colored brownstone, I walked into Mr. Malave admonishing an elderly woman. Raising his voice, he pulled out the first drawer from a metal file cabinet, to show her a ton of files. He then started to say, “you think you’re the only one with problems, all these people have problems.” He waved me over, and said “Lopez, come here and help this woman,”

Mrs. Daskalakis, is a name I will never forget as long as I shall live. She cried as she asked me to accompany her to see firsthand, the living conditions that she and her wheelchair-bound daughter called home. She lived in an apartment located three blocks away in a six-story tenement building. The building’s hallways were dark with a smoky smell due to numerous in-home fires. In fact, Mrs. Daskalakis was one of three remaining families left in the building.

Living conditions were so bad in her apartment that she and her daughter were reduced to spending the nights sleeping in the shoe repair store she owned on the next block. Outraged at to what I witnessed, I urged Mr. Malave to do something now, and he did. He sent me on a mission to make a case for help at the upcoming community planning board meeting. At the meeting, I was given time to present the problem and requested immediate assistance. Notes were taken, promises were made, I was acknowledged for being articulate, and thanked for attending. 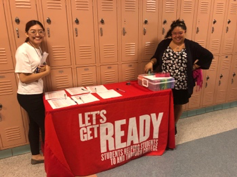